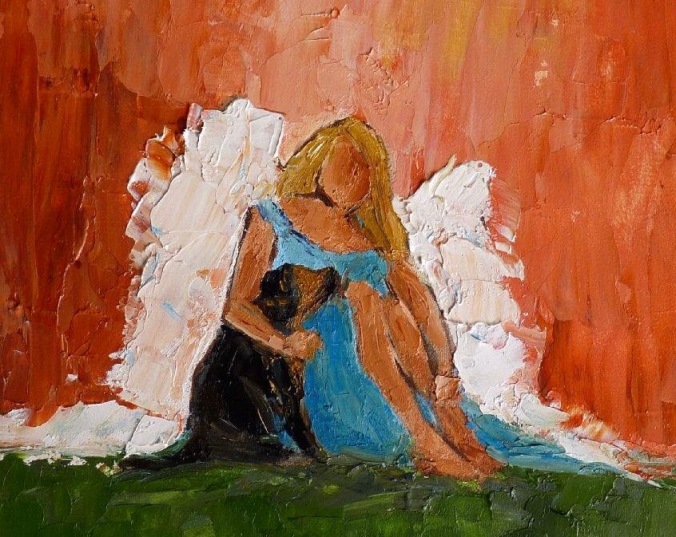 My friend Judy Mackey told me about the red string of fate.  I was not familiar with the Asian legend of gods tying an invisible red string around those that are soul mates destined to be married.  Judy had written a short story about this, and it came up when I told her I wanted to start writing about traditions.  As a military dependent with no roots, I felt like my life was lacking in traditions.  I started to wonder how people with similar circumstances created traditions for themselves. I decided to start with Judy since we are similarly situated; middle-aged, no children/grand-children, grew up as a military dependent, etc. 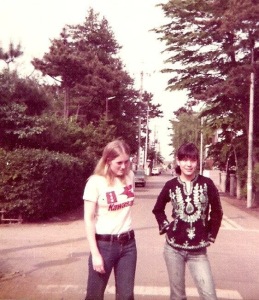 I first met Judy in Japan where our Fathers were stationed and we were attending Camp Zama American High School.  I got to know Judy a bit better the summer of 1976 when  I vacationed in Japan and visited her family.  Over the years we stayed in touch sporadically, due to the distance and lack of technology, until Zama started having multi-class reunions.  We didn’t actually see each other for about 30 years. Once I moved to Texas, we started getting together occasionally for “mini reunion” breakfasts or sushi dinners.

After 40 years, we find ourselves nearly neighbors in Texas and talking about traditions.   Judy commented that Military Brats are “OK” not doing the same thing over and over.  I agreed. Moving all the time, different homes, schools, friends….what would our traditions be anyway?  Her comment was the prelude to learning she didn’t think she had many traditions of her own.  As a half Japanese, Buddhist married to an Italian Catholic, traditions were a challenge.  The first Christmas dinner she had with her then husband  was anything but traditional – shrimp tempura at her parents’ house.  She laughed as she explained how he showed up in a 3 piece corduroy suit, while she was in t-shirt and jeans.

However, hanging around with Judy these days she tells a different story.  She actually does have traditions, or customs and rituals, that she practices.  She is a unique combination of East and West: IKEA furniture with a formal kimono hanging on the wall; chardonnay served with wasabi peas; salt on her front door steps for luck backed up by a “ring.com” security camera; and an “Echo Dot” within inches of a crying Buddha sculpture.

She posts cheerful coffee memes on Facebook each morning. She paints angels.  She believes in the red string of fate, eating noodles at new year to celebrate a long life, and staying in touch with old friends like me.

Judy is an accomplished palette knife artist, who loves painting still life, people, pets and angels. Her work can be found at Crate & Barrel, Facebook and at www.judymackey.com.